God of War Ragnarök: 5 tips to help you defeat the Norse gods

God of War Ragnarök is finally here to see the story of Kratos and Atreus to its epic conclusion. We have played and completed the game to bring you five useful tips to help you carve a bloody path through the nine realms of Norse mythology.

Use your full arsenal

From the very beginning of the game, Kratos has access to two familiar weapons: his chilling axe and the fiery Blades of Chaos. While it might be easier to just pick your favourite and only use that weapon, resist the urge to do so. By mixing up your weapons and upgrading them smartly, you can create extremely useful synergies between them that will absolutely devastate your enemies.

For example, you can upgrade your axe to do more damage to enemies that have been set on fire. Keeping that in mind, start combat with the Blades of Chaos to burn enemies to a crisp and then swap to the axe for some sweet extra damage. This works the other way around as well: upgrade the Blades of Chaos to be extra effective against chilled enemies. Oh, and don’t forget the option to do away with your weapons and pummel baddies down with your fists. This is still the most effective way to build up the stun bar for an extra-powerful and cool-looking finishing move. 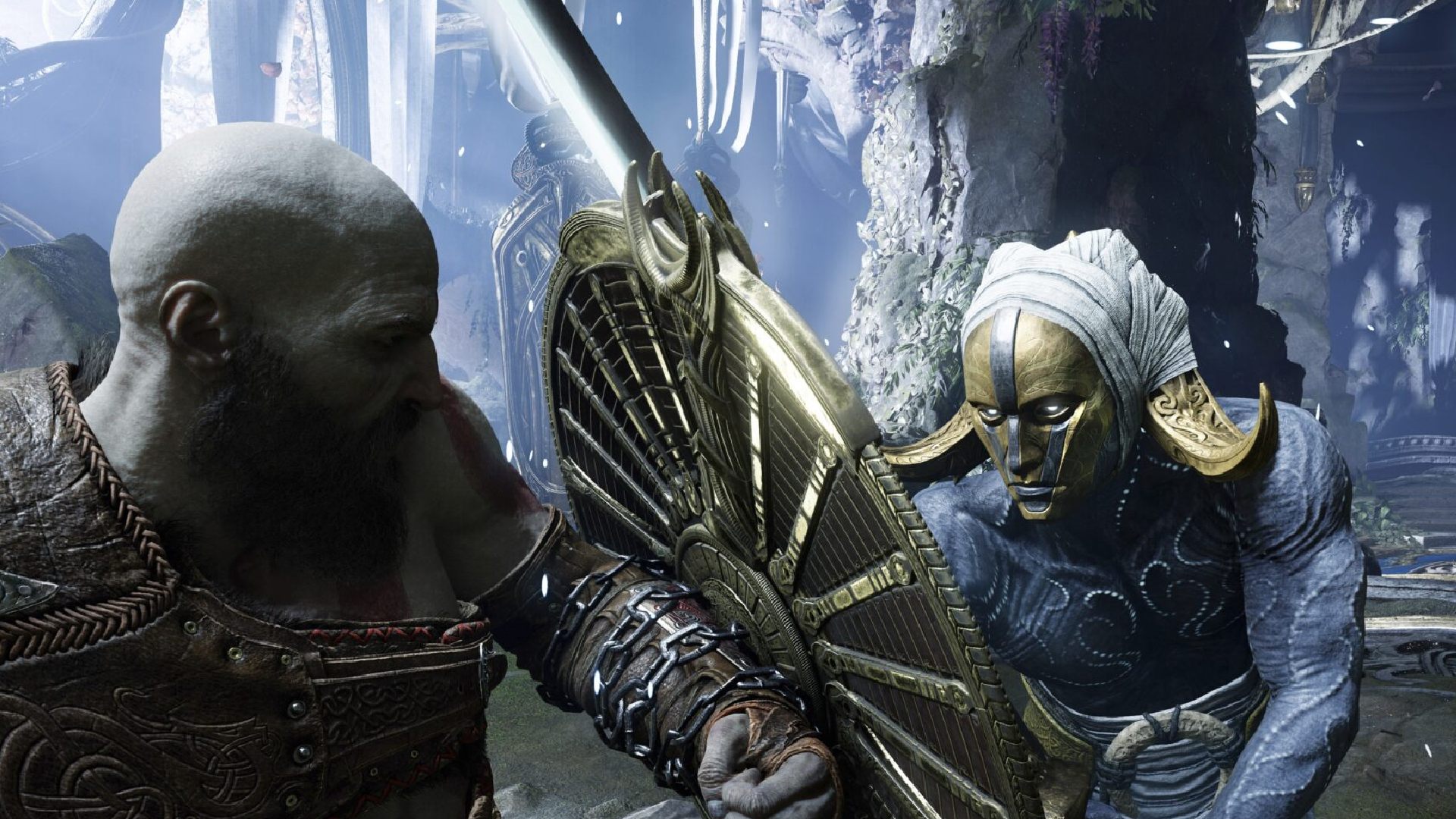 Just like in the previous God of War, Ragnarök allows players to modify their weapons with runes that grant useful abilities to be used in combat. However, in the heat of battle, it can be difficult to remember that the abilities even exist. There are a ton of monsters attacking you at the same time as you’re trying to swap between different weapons, remember combos and keep an eye on the stun bar. Try and keep your runic abilities in the back of your mind, though, as they can save your skin in a pinch.

Each weapon slots two runic abilities activated with either L1+R1 or L1+R2. The abilities can either stun or damage specific enemies, cover a larger area, or grant you some extra health or strength for a short period of time. Unlike the previous God of War, Kratos can equip different shields in Ragnarök which all come with useful abilities or perks as well. Also, don’t forget that an additional ability is mapped to L1+O and your companions have abilities too activated with SQUARE. As you can see there’s a lot to keep in mind during combat, but if you use all the tools at your disposal, you’re going to have a much easier time against Ragnarök’s toughest enemies. 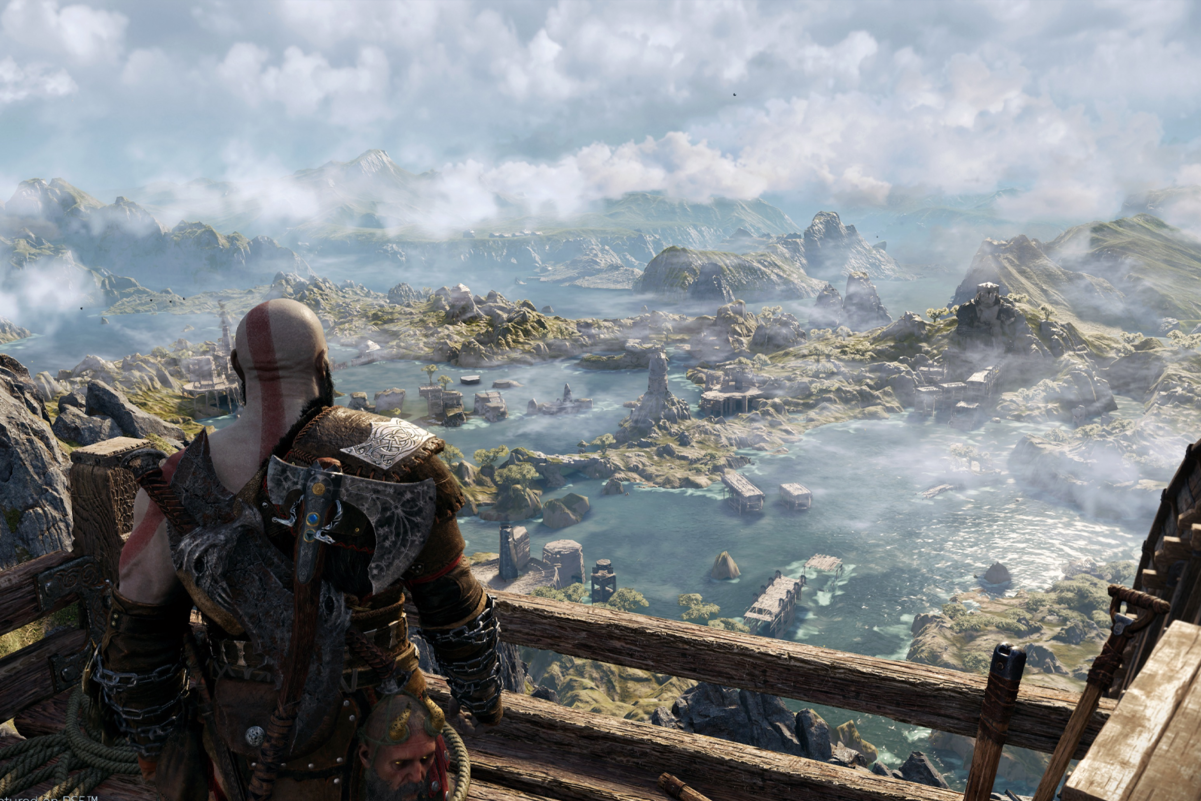 Search all the nooks and crannies

The world of Ragnarök is built differently from that of the previous God of War. In that game, the Lake of the Nine acted as a central ever-changing area for exploration and sidequesting. Ragnarök, however, has you exploring the nine realms of Norse mythology, almost each offering their own explorable areas and a multitude of things to do off the main path.

So go and explore! The gameplay loop in Ragnarök is still very similar to the previous God of War: there are linear main quests, a ton of optional puzzles, and a bunch of side activities. If you want to upgrade your equipment to the highest levels and find the best armor, go off the main path and wander around as much as possible. Some of the best content in Ragnarök is completely optional and you will miss it if you only focus on the main quest. The different worlds of Ragnarök offer up a much more varied and interesting gameplay experience compared to the previous God of War, so do yourself a favour and don’t miss out on all of the brilliant stuff this game has to offer. 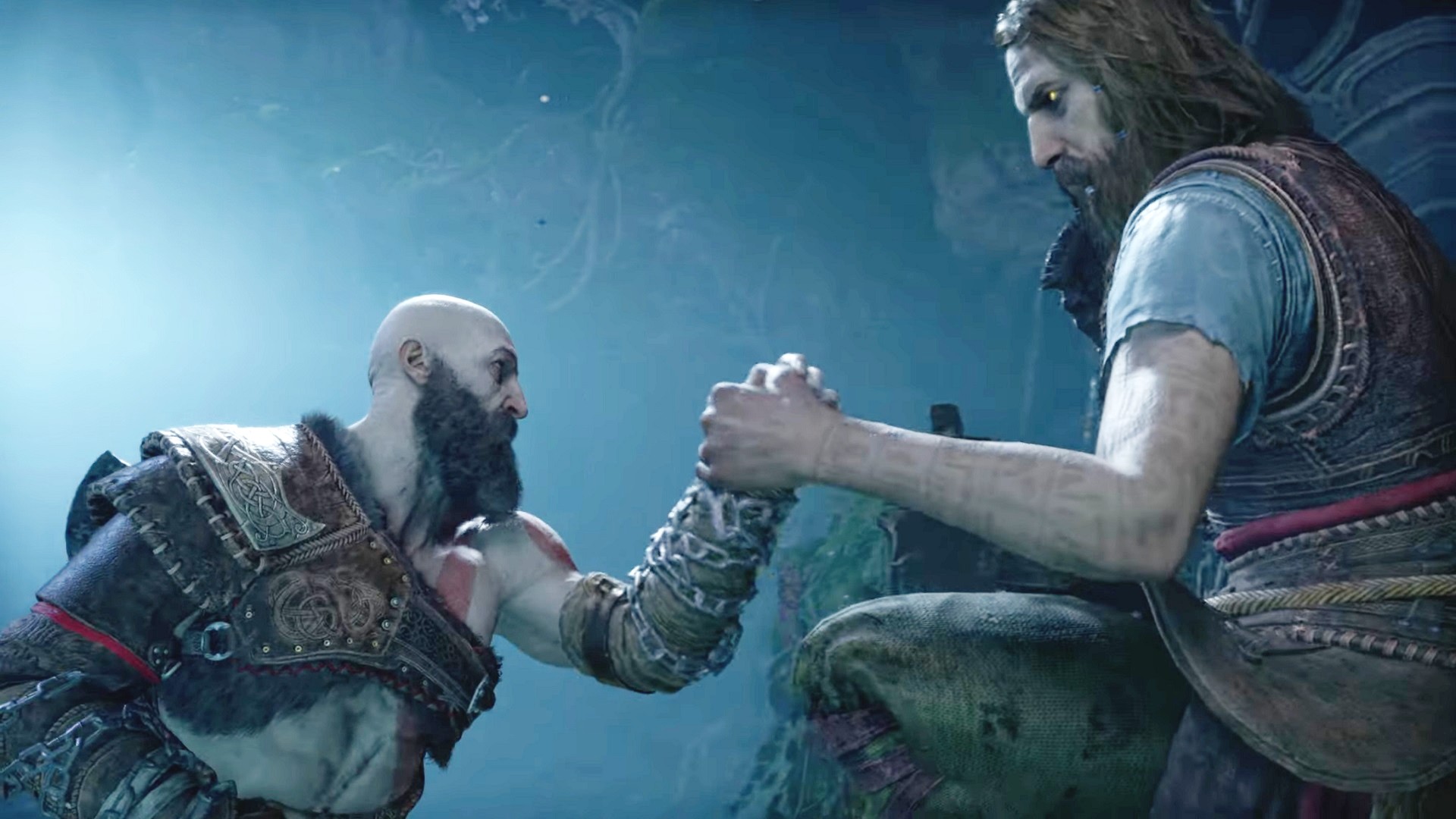 Listen to your friends

God of War Ragnarök, just like its predecessor, makes heavy use of environmental puzzles. You’ll be throwing your axe to freeze gears and geysers (that’s new!), burning away brambles with the Blades of Chaos, and using brand-new tools we will not spoil here. Sometimes, however, you might find yourself stuck at a puzzle with seemingly no way forward. Luckily you have friends with you (most of the time) to help you out of a tough spot.

When you’re stuck on a puzzle, see what your friends are doing or saying. Early on in Ragnarök I was mystified by these weird golden glowing rocks. I tried hitting them, throwing my axe at them, stabbing them, but nothing happened. At one point Atreus helpfully piped up, saying that getting past these stones requires equipment we don’t yet have and that we should return later. There are also times when your companions don’t give hints with words, but rather positioning. When stuck at a puzzle, pay attention to where they stand or what they’re looking at. More often than not, this will give you useful hints about what you should be doing to progress. 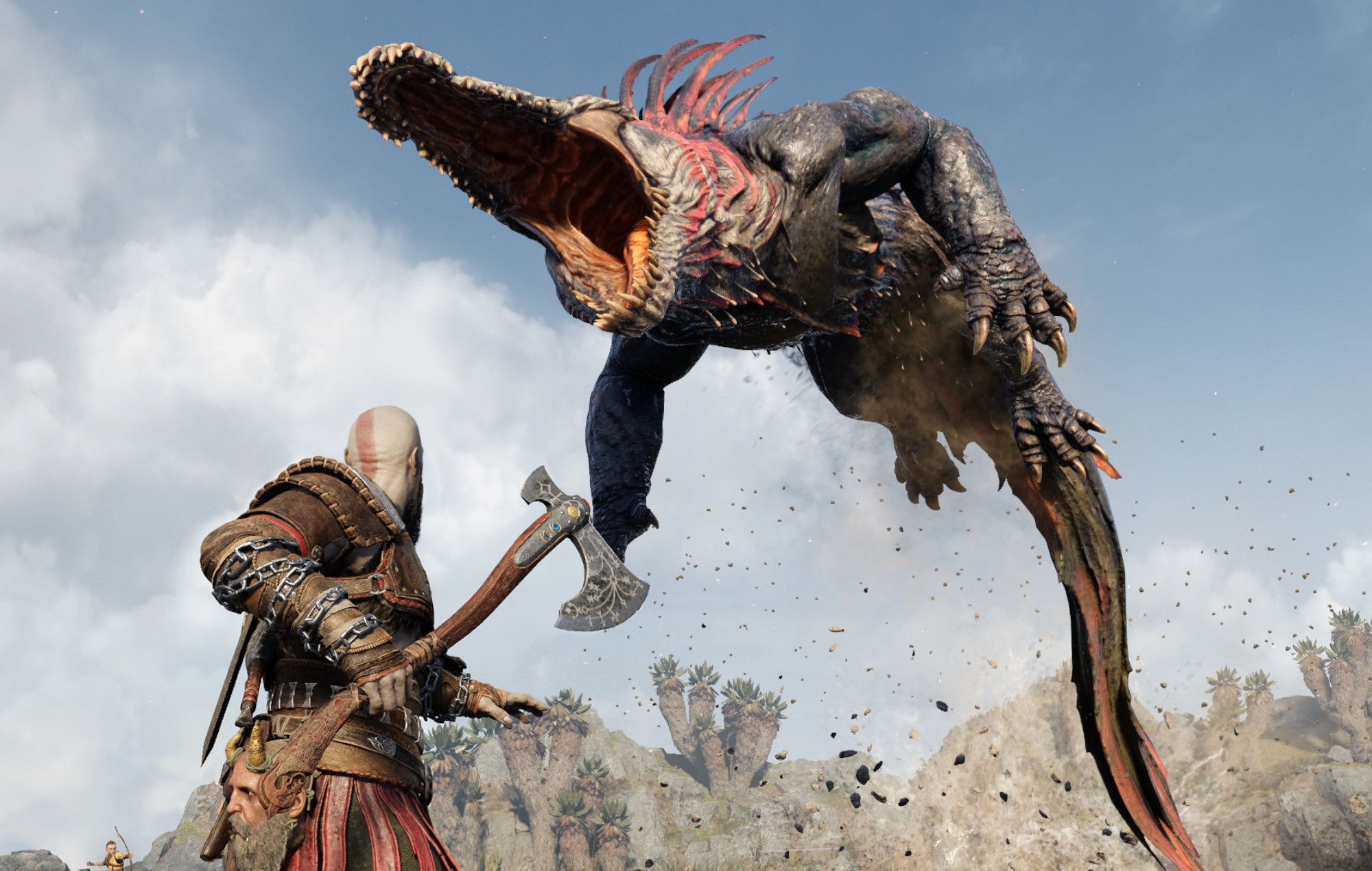 Find the guy who falls off the boat

This may sound weirdly vague and specific, but keep that hint tucked away in the back of your mind. About 30 hours into my roughly 40-hour playthrough a guy fell off a boat, kickstarting a side quest to go and find him. Make sure you do that sidequest because it will lead you to one of the coolest areas Ragnarök has to offer.

As you’re chasing the unfortunate guy that fell off the boat you will find a huge area filled with new gear and loot, a bunch of side quests, and cool locations. There are dragons soaring through the air and yes, you can battle them. Canyons zig-zag through the entire area but open up a dam and they will turn into rivers you can sail on with your boat, opening up previously inaccessible places. This massive area offering hours of additional gameplay is fully missable should you not do that one sidequest! Getting to that awesome area was one of the coolest surprises Ragnarök had in store for me, so make sure you go after the guy that fell off the boat. You will not regret it.